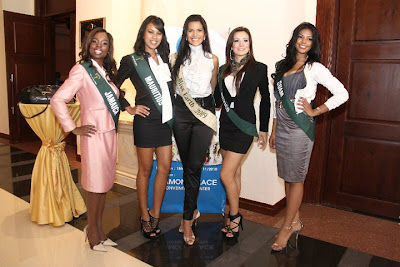 Miss Earth 2010, the 10th edition of Miss Earth beauty pageant, will hold its finale in Vinpearl Land, Nha Trang, Vietnam on December 4, 2010. The announcement was made in a ceremony at the Legend Saigon Hotel in Ho Chi Minh City, Vietnam on January 28, 2010.
More than 80 contestants from various countries and territories will compete for the title, where Miss Earth 2009, Larissa Ramos of Brazil will crown her successor at the end of the event that will be broadcast by STAR World, VTV, ABS CBN, The Filipino Channel, and other partner networks. The Miss Earth winner serves as the spokesperson for the Miss Earth Foundation, the United Nations Environment Programme (UNEP) and other environmental organizations.